Pinduoduo – A Story of Revolutionizing the Online Shopping Experience

Pinduoduo has been making a lot of buzz in the Chinese eCommerce industry recently and has ranked to be the #1 eCommerce marketplace in China in terms of daily active users, overtaking JD.com. Even though the country’s eCommerce market is highly consolidated, and e-com tycoons like Alibaba and JD.com rule the industry, Pinduoduo found its way up the business ladder within a short span of time.

The platform offers a wide range of products from daily groceries to home applications and continues to be China’s fastest-growing eCommerce platform. So what has been the secret ingredient to this enormous growth? Read on.

How does it work?

Pinduoduo is the brainchild of Colin Huang, who founded the company back in 2015 and was the CEO of the company for six years until he stepped down last March. What differentiated Pinduoduo from its competition is that it successfully gamified the shopping experience, even for the most basic products. This had a tremendous impact on increasing engagement and customer retention.

Users can share product information on social networks and invite their contacts to make a group purchase so that they can redeem lower prices for their purchases. This process drives users to return and creates an interactive shopping experience. It also helps Pinduoduo reduce customer acquisition costs and bring in new customers at a very swift pace. Shopping as a team was one of the chief factors that made it a viral sensation.

There are also other added benefits to shopping using the mobile commerce app, including cashback, coupons, lotteries, and free products. The platform offers products for low prices and is one compelling factor that prompts users to make a purchase. A user can recruit others for a group purchase via WeChat, QQ, and a few other means. The third-party sellers set a minimum group number for bulk orders and if a customer group hasn’t been formed within 24 hours, the sellers will cancel the transaction.

The Ecom platform tapped into the unexplored markets in China’s third and fourth-tier cities and concentrated majorly on price-conscious customers in small cities and rural regions, whereas a majority of the users of other eCommerce platforms like Alibaba and JD.com come from wealthier urban cities like Beijing and Shanghai.

Females account for more than 70% of Pinduoduo’s users, who are generally responsible for family purchases and hence, it guarantees more active sharing and purchases.
The deals are mostly shared through WeChat, one of the country’s most used social media app. Back in 2016, Tencent (WeChat’s parent company) recognized Pinduoduo’s potential and became an investor, further boosting its customer acquisition.

Huan was the only son of two factory workers in Hangzhou and was already a prodigy during his younger years. After pursuing a master’s degree from the University of Wisconsin, Huang joined Google as an engineer. Later on, he founded Ouku.com, an eCommerce company but sold it as the venture failed to gain traction. During his time of retreat, he noticed that eCommerce giants like Alibaba had failed to build a social community despite its tremendous success and gaming conglomerate Tencent failed to use its huge user base to sell products.

Pinduoduo was founded with this vision of incorporating the above two opportunities and it brought forward a revolutionary shopping experience that enabled the company to thrive despite competing in a saturated market.

There are numerous factors that are responsible for the tremendous triumph of Pinduoduo. From identifying unexplored markets to building a social interactive shopping experience, the platform has combined underlying possibilities to reap enormous success by turning everyday mundane shopping into a joyful experience.

The success can be credited to Huang and his ability to identify a possible opportunity and build it in a saturated market. Perhaps, you needn’t be the first in the market if you can be the best in it. 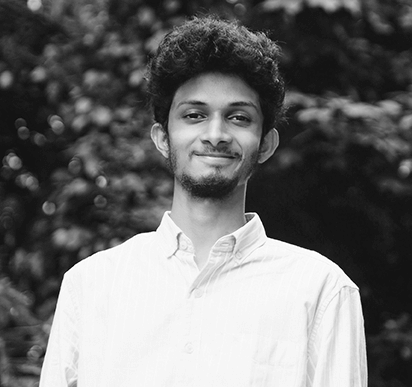 Get updates from the best digital agency

we love working alongside ambitious brands and people

How might we be of help to your business?

I'M LOOKING TO CHAT ABOUT..

Please fill in all of the required services.

Let us know you Better

The most important part of any engagement is knowing what you need and how we can help you get there. Let’s grab a coffee and take it from there or contact us directly!